Fast-Tracked For Growth: Why Hoteliers Must Use The Power of Pinterest

As the battle for social media dominance wages on between the big players, it’s surprising to see that Pinterest topping the 2013 growth charts with Facebook in a close second. With social media, sharing statistics play a bit part in a person’s decision to put time into a particular social network over another. ShareThis have reported that Pinterest has become the third most popular content sharing channel overall, which see them outpace email for the first time.

People are more likely to pin articles, pictures and recipes (especially women) more frequently than email their friends with the same content. While Pinterest saw themselves top the social channel growth, sharing via email saw a huge decline of 11% which can be seen as a worrying statistic in itself. 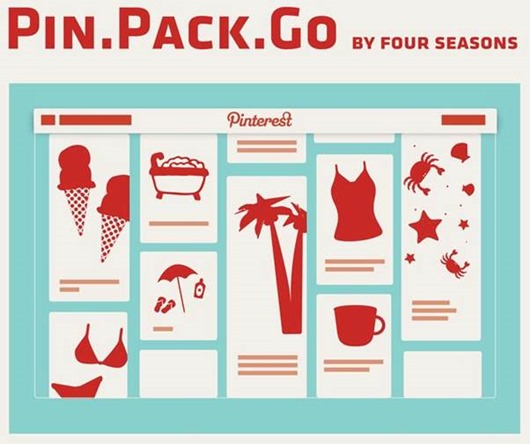 Most of this growth from Pinterest has to be mostly accredited to women as they total 57.63% of all shares to Pinterest. TechCrunch.com state that a Pinterest user is four times more likely to be a woman that a man.

So with all this in mind, it begs the question; if a hotelier is looking to target the female audience, why are they not on Pinterest?

Pinterest is a great place to receive traffic to your website from. "Pinterest is a huge source from a referral standpoint, even beating out referrals from Facebook" said Shannon King, GM of digital for Real Simple magazine.

Hubspot.com also back up this claim by stating that early research does suggest that Pinterest is more effective at directing traffic back to a website compared to any other social media site.

All marketers love links, and getting them from Pinterest can be a doddle. While all the links you receive are nofollow links, any relevant link is a good link. About 95% of all images on Pinterest were either pinned or re-pinned from the web which goes a long way to explaining why users generate so much traffic from Pinterest.

With a social network rife in images that can be viewed and shared simply with a few clicks, it’s no wonder people become ‘addicted’ to the network. User engagement is very high on Pinterest with people re-pinning pins faster than you can pin them yourself.

“Unlike many social sites, where the game is to get followers, Pinterest users seem very content to simply find stuff and share it with small groups. Pinterest users are keenly interested in what’s hot and what’s cool – a behaviour that translates well into the kind of influencer marketers desire to attract.” Said John Jantsch from Duct Tape Marketing.

People respond very well to visual content which is why Pinterest works so well. Its hassle-free to engage on Pinterest, which means your pins are more likely to be viewed, re-pinned and even go viral.

Pinterest is the perfect place for hotel marketers to organise, sort and deliver their images for the preying eyes of its users. Creating unique and interesting Pinterest boards such as Weddings, Food, Hotel Activities, Beverages, Interiors etc. can make it easy for people to find out what makes your hotel special.

The boards are designed to highlight specific strengths of your business and lets the user browse easily and seamlessly.

Four Seasons Hotels have a fantastic looking Pinterest account that any hotelier could take inspiration from. They currently have 62.4k followers and their boards consist of a variety of different themes from food to fashion. They keep active on the social network, sharing and re-pinning some quite stunning images. 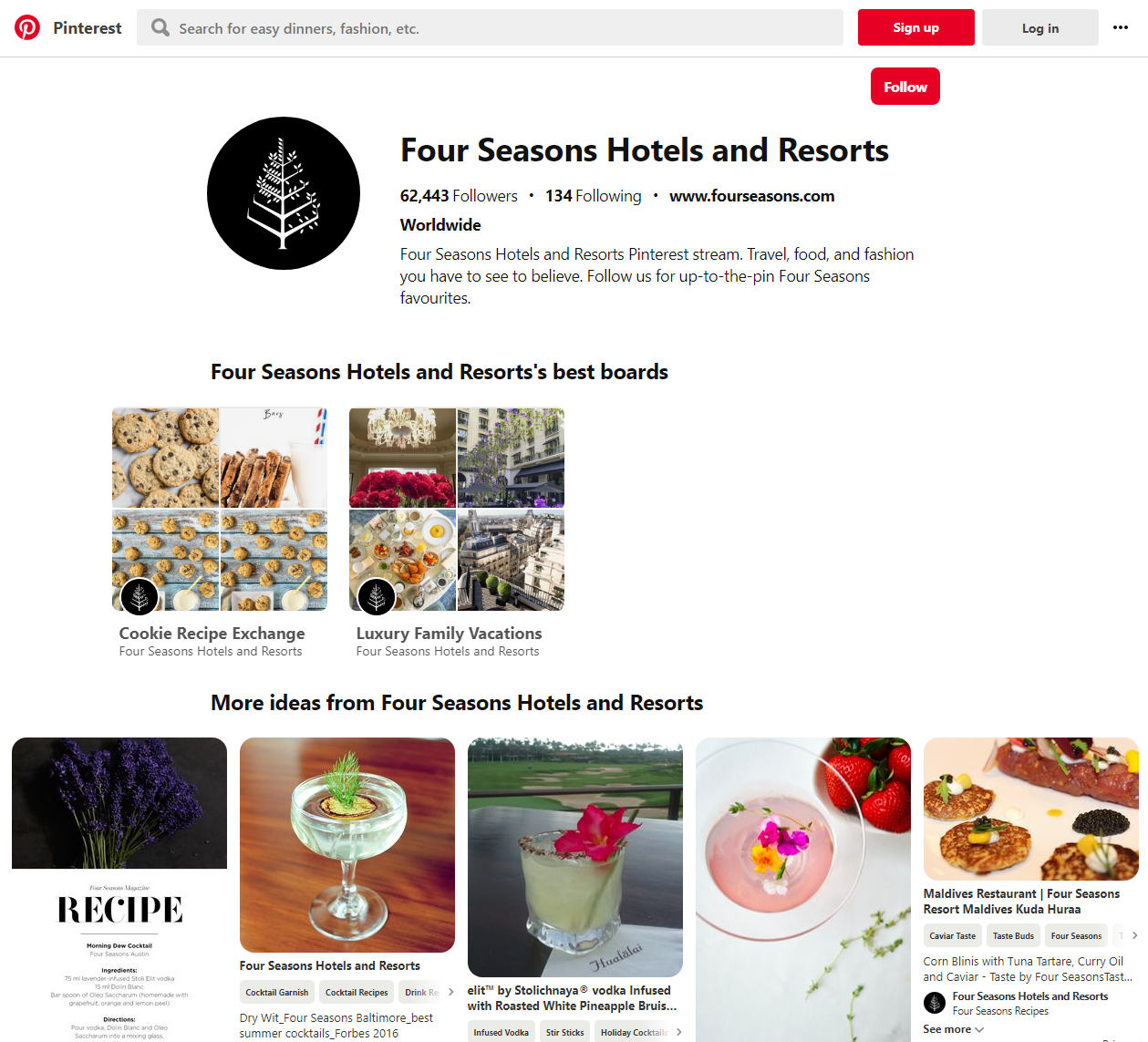